The CONEMBOL Copa Sudamericana is the second most prestigious South American club football event, just behind the Copa Libertadores, featuring both giants and minnows of the scene. Join us as we take a look at all there is to know about this great sporting event!

The tournament as we know it today has only been around since the turn of the millennium, but there have already been many structural changes.

There are two stages to entering the group stage of the competition, and this varies by county. Firstly, Brazil and Argentina have six spots each in the competition, while every other country has four. These spots either go to the next best teams in a country's respective league or any other cup competition they might have.

What makes this round unique is that each game is contested by two teams from the same country. Held over two legs, the winners progress to the group stage. The 16 winners join the 12 teams who automatically qualified from Brazil and Argentina.

With the final 32 teams to enter the group stage having been decided, the teams are placed into four pots and divided into eight groups of four teams. Matches are played over two legs, both home and away until each team plays a total of six games.

At this stage, only the top teams from each group qualify to the round of sixteen. They are joined by those who finished in third place of the group stage of the Copa Libertadores.

The teams are seeded into two pots depending on how many points they accumulated in their respective group stages. The tournament then follows a simple two-legged, home-and-away style knockout round. Away goals are not a factor in deciding a winner in case of a draw, and drawing teams do not play extra time but go straight to penalties.

This pattern will continue until the final. The two teams will play a single-round match in a pre-determined location. In this one-off match, extra time will be implemented after a draw, followed by penalties if they remain in a deadlock after that. The winner will be crowned Copa Sudamericana champions.

The perks which come with the title include a guaranteed spot in next year’s Copa Liberatores group stage, as well as a spot in the Recopa Sudamericana, which is contested between the winners of the Copa Libertadores and Copa Sudamericana.

History of the Copa Sudamericana

The Copa Sudamericana’s history is slightly different from other major club competitions which we are accustomed to. The tournament is quite young in relative terms and has seen several changes throughout the years.

The first version of the competition was the Copa CONMEBOL, which began in 1992, and was a straight knockout tournament for 16 teams who failed to qualify for the Copa Liberatores. It’s still considered a prestigious award, and seven different teams have won the competition. Atlético Mineiro are the only team that have won it twice.

In 1998, plans were created to expand the Copa Libertadores to host 32 teams. In the year 2000, this came into effect and there was no need for the Copa CONMEBOL. In 1999, the last tournament was won by Argentinian side Club Atlético Talleres.

However, the South American nations still felt the need for this type of competition as a boost to clubs financially while giving some of their better teams a chance to win internationally.

Two separate tournaments were set up in 1998 to cater for the shift and removal of the two CONMEBOL competitions. The Copa Mercosur was created for the top Brazil, Argentina, Paraguay, Uruguay, and Chile as a way to generate more revenue. Three out of four tournaments were won by Brazilian teams as they dominated the finals, with seven out of eight finals being played by them.

At the same time, the Copa Merconorte was formed by Bolivia, Colombia, Ecuador, Peru, and Venezuela for the same reasons. The same thing happened here with seven out of the eight total finalists being Columbian clubs; the only difference is that every edition was won by a Columbian team. Both tournaments lasted for four editions until 2001.

CONMEBOL had made plans to create the Copa Pan-America in 2002 but this was due to be postponed till 2003. However, instead, the Copa Sudamericana took place that year and has been ever present since.

Brazil chose not to compete in the inaugural competition as the Organisation was very last minute and dates clashed with the country’s domestic league and Cup competition. A straight knockout tournament style was implemented with reigning Copa Mercosur champions San Lorenzo ending up on top.

For the majority of its history, the Copa Sudamericana took on this straight knockout tournament layout, with a first stage featuring 44 teams, a second featuring the 22 teams who advanced from the first stage, plus ten teams from the Copa Liberatores and the rest of the tournament continuing in the same manner.

In 2020, all of this changed to become the tournament as we know it today, with a 32-team group stage, of which only eight teams advance to the next round.

The 2016 final was suspended due to the tragic flight crash involving the Chapecoense first team who were on their way to play the first leg of the final. There was a total of 71 fatalities, including 19 of the 22 players on board.

All matches were suspended, and Atlético Nacional requested that the trophy should be awarded to Chapecoense, to which CONMEBOL obliged.

The beautiful thing about this competition is that it cannot be dominated by the traditional top teams of the continent, thus allowing smaller clubs from more countries to taste international silverware.

With the 2023 Copa Sudamericana still far off and the 2022 edition still fresh in the minds of many, here is a quick recap of all the most important details of the year’s competition.

The group stage went on largely as expected with a couple of close battles, particularly in groups B and C, which featured two teams each with the same points. Melgar progressed from group B on goal difference, while it was even finer margins for Group C winners Santos, who went through on goals scored — one goal more to be exact.

Ceará cruised through group G winning all their games, even against tough opponents Independiente. While on the other end, group H side Oriente Petrolero were the only team not to get a single point.

Figuring out who are the strongest between the winners of their group or 3rd place in the Copa Libertadores groups could be key to finding values in your bets. In the end, only three out of the eight 3rd place teams managed to progress to the quarterfinals.

São Paulo reached the final for the second time in their history, going through on penalties during the quarter and semifinals. Independiente del Valle had a much more convincing run, only conceding twice in the entire competition. Granted, they did enter in the round of sixteen.

Independiente del Valle won the final 2-0 against a strong São Paulo side, becoming the fourth team to lift the Copa Sudamericana twice.

Since the tournament is still too far away, there haven’t been any draws yet. This includes the qualifying rounds which are set to start on the 7th of March. We’ll update the section as soon as any odds are available for the competition.

Since the majority of leagues haven’t started yet, it’s impossible to tell which teams will have the best form going into the competition. The unpredictability of the competition doesn’t help that fact, especially since half the teams who will be in the round of 16 won’t be confirmed until July.

That being said, from statistical data we can see that teams who enter in the round of sixteen stage tend to do decent but haven’t really lit up the finals, winning two and losing two since 2017.

Argentina & Brazil
Historically, Argentina and Brazil have dominated the competition, though not to the same extant as the Copa Libertadores. Clubs from the two countries have won 14 out of 21 titles — that’s 66% of all finals, so its safe to say that the most likely winner will be from here.
Columbia & Ecuador
The next best countries in terms of finals reached, both offer some great football pedigree, and the current champions are in fact from Ecuador. They won’t be competing here, though, as they have a secured spot in the Libertadores group stage.

Like most South American competitions, the Copa Sudamericana takes place over a single calendar year. Here are the most important dates you’ll need to know to keep up:

The draws for the first stage of the competition, which is a qualifying round has been confirmed to be the 21st of December. The actual matches will be played later in March.

The first leg will be played between the 7-9th of March 2023, while the second leg will take place from the 14th to the 16th of March. Winning teams will advance to the group stage.

The group stage is the first part of the tournament proper and hosts the majority of all the games played. The draw dates for the group stage is set on the 22nd March 2023, with the actual games taking place shortly after.

The knockout round is where it gets really interesting — teams have to be at their best as one slipup could cost them everything. The draw dates of the entire knockout stage will take place on the 5th of July 2023, after all the group matches from both continental competitions are complete.

Similar Tournament to the Copa Sudamericana

The qualifying rounds start on the 7th of March and the first group stage match is on the 4th of April. The final will take place on the 28th of October.
Ecuadorian club Independiente del Valle won the 2022 edition, beating Brazilian side São Paulo 2-0 in the final.
Four teams have won the Copa Sudamericana twice. These include Boca Juniors, Independiente, Athletico Paranaense, and reigning champions Independiente del Valle.
In the tournament proper a total of 40 participate. 32 in the group stages, these are joined by eight third-place teams from the Copa Libertadores.

The Copa Sudamericana is a great sporting event for both sports fans and interested punters. From footballing giants to relative minnows, the competition offers some amazing matchups and some great surprises and upsets. We hope that this article has covered all that you need to know! 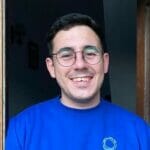