Tennis Tips – Betting Tips and Strategies You Should Know in 2022

Tennis betting is one of the most popular types of betting around nowadays. In this article we will be explaining the best betting sites to use and hand-picked tennis tips and stats which will hopefully prove useful to punters looking to bet on one of the many betting markets available in tennis.

When it comes to betting on tennis matches, it is important to have a look at the rankings for the two players competing to get a better understanding of who is expected to win the match. This will come in handy when betting on the match winner.

It will also be good to have a look at the players’ performance on the type of ground they will be playing on, since some perform better on specific courts such as clay, grass and hard surfaces. Rafael Nadal on clay is one of the classic examples – he won a staggering 91.5% of his matches on clay while his average win percentage is 83%

Unlike football, tennis matches cannot end in a draw so betting on two seemingly equally-strong players may be tricky. That’s where match statistics could give you a helping hand! We suggest having a look at Ultimate Tennis Statistics and looking up both players.

In the case of equally matched players, pre-match bets are difficult to place, despite them probably having tempting odds. Here we suggest waiting for the match to start, following both players’ performance and placing an in-play bet instead.

In tennis betting, the player serving is normally the favourite to win the point, so first odds will be higher on the player on the receiving end of the serve and for good reason. Someone like Novak Djokovic has won more than 2/3 of the points he has served for.

A good opportunity would then arise when someone with a strong service is playing against someone who has a better ranking. In this case, the player serving will have relatively higher odds when serving since they are serving against a higher-ranked player and the opportunity to bet on that underdog to win the game will probably be worth evaluating.

Most betting sites offer the opportunity to bet on specific points to be won by one player or the other, as well as betting on the number of points there will be in a game. We highly suggest looking at the current form during the match when deciding how to place these bets.

There is a trend which shows that when the player playing the better tennis is serving, the number of points in the game tend to be low, especially if that player has a very strong service game. On the other hand, the number of points is likely to be higher when the player on the receiving end is the favourite since they will be able to break the server’s service advantage.

One other important stat to consider is the percentage of aces a particular player manages to hit. This could determine how to place a bet on how many points a game might have.

Tennis matches are won in sets. Normally matches will be won by whoever wins the most out of 3 sets – or 5 sets in more important matches such as tournament finals.

But how does one win a set?

Each set is a race to 6 games. Gameplay is split into 4-point games and players will need to win 6 of these in other to win a set. Service stays on the same side as long as the players are competing for the same game.

Points are the starting point for each game. For each point, players have a maximum of one bounce after the ball has arrived at their end of the court to hit it back over the net, and within the court boundaries of the opposing side. Each time a player fails to do so, a point is awarded to the opposing player.

Points carry different values and names as we can see in the list below:

In order to win a game, players must reach 4 points before the opposing team reaches 3 points. If the points stand at 40-40 then the game has arrived at a “deuce“. In this case, the game will continue to be played until one players wins with a two-point advantage. Here, the points system switches to keep note whether one player has an advantage or where the points have arrived at a deuce again.

Let’s take a Player A/B example to explain this:

Once the game is won, players will change sides and service.

The players’ goal in a set is to win 6 games by two. But what happens if both players win 5 games? That’s where the two different types of sets come in. These are the Advantage Set and the Tiebreak Set.

The rules of an Advantage Set are simple in this regard – the set must continue until a player wins it by 2 games. In the case of the Tiebreak Set, once the set arrives at 5-5 there are two options available:

What Is a Tiebreak Game?

A tiebreak game is played at the end of a tiebreak set when players have reached a 6-6 score.

The aim of a tiebreak is to reach 7 points with a gap of at least 2 points from the opponent. In this type of game, points will be counted in ascending order from 0 to 7 (not using the 15, 30, 40 system).

If the tiebreak game score is 6-6, the game will continue until one player wins the game by 2 points. Such a game could potentially have a score such as 20-18 depending on how long it takes for one player to achieve the 2-point margin.

As of 2019, the 4 Grand Slams decided to adopt a unique final set structure as follows:

In the tennis world, players gain points for every match in a tournament and points are weighted depending on the difficulty or importance of the match. In this way, they can be ranked against each other to see who is the best. Below are the tables for the best- ranked male and female players at the moment.*

*Ranking table updated as of end of September 2021.

All of the above tennis tournaments are important ones but none are more prestigious than the Grand Slams. These are the Australian Open, the French Open, the US Open and Wimbledon. Below you can find the dates and bookmakers’ favourites for the 2022 Grand Slams.

Tennis matches are played in sets. Normally, the match will be a best-of-three or five and the winner of the most sets wins the match.
A tiebreak game is played at the end of a set when the players have drawn 6-6 on games and they must play a final game which will determine who will win that set. Points are normally counted in ascending order from 0 to 7 and the first one to reach 7 will win the game and hence the set.
A set point is called out when a player only has one remaining point to win the set.
The 4 Grand Slams are the most important tournaments in the calendar. Out of those 4, Wimbledon is regarded as the most prestigious.
Novak Djokovic is currently ranked the best men’s tennis player in the world.
Ashleigh Barty is currently ranked at the top of the women’s tennis player standings.

With the amount of tournaments available in a yearly calendar, it should come as no surprise that tennis betting has become so popular. Dramatic rallies, rocket services, cheeky scoops, acrobatic hits and a lot of close calls – there’s so much to love about the sport! In the betting world, the bigger the competition, the larger the variety of betting markets available, so there’s bound to be some very good opportunities around if you know where to look and follow our tennis tips! 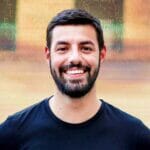