The Australian Open marks the first tournament of the ATP calendar year. Set in the heat of Australia, the magic of Melbourne Park vitalises players to rise to the occasion and bring their best game. It’s a truly remarkable spectacle that has graced us with some of the most sensational tennis ever played, and of course, the opportunities for punters are endless. Read through our Australian Open 2021 preview for a run through on the latest odds as well as tips and best betting sites for Australian open betting.

At the time of writing, Novak Djokovic is clear favourite to continue his ruthless dominance on Australian soil. The Serbian world number 1 has claimed 8 Australian Open titles – the most in history – and will fancy his chances of making it 3 on the bounce.

It might not be as easy as the bookies are suggesting, however. Daniel Medvedev can beat anyone on his day, as his impressive ATP 2020 Finals win in November reminded us. As can the opponent he beat in that final, Dominic Thiem, who is fresh off a fantastic personal season which saw him record the biggest title win of his career at the US Open.

Of course, we can’t rule Rafa Nadal out of the running either, even though he hasn’t triumphed in this tournament since 2009. After all, the legendary Spaniard has a knack for emerging victorious when the odds are against him.

Other notable contenders include Roger Federer – who hasn’t played a competitive match since this tournament last year – and younger players Stefanos Tsitsipas, and Alexander Zverev.

On paper, the women’s competition looks harder to call than the men’s. The odds are spread around several strong competitors and there’s definitely no clear-cut winner. Number 3 ranked Naomi Osaka is currently most favoured, having won the competition in 2019.

After recently getting back to action, top-ranked WTA player Ashleigh Barty will be eyeing a glorious run on her home turf. The Australian came tantalising close to achieving her dream win last year but fell short in the semi-finals of the competition.

Meanwhile, amazing value might be found in the form of 20-year-old star Bianca Andreescu, who was playing the tennis of her life before a season ending injury in 2020. If she gets back up to speed in time, she’ll be a fierce opponent for anyone that crosses her path.

We’ve also got to mention the great Serena Williams – whose last Grand Slam victory came in this competition in 2017 – as well as world number 2 Simona Halep and reigning champion Sofia Kenin.

Like many other events over the past 12 months, there’s a big element of uncertainty around when the 2021 Australian Open will take place. The tournament was originally supposed to start on the 20th of January, but at the time of writing, a postponement of a few weeks seems inevitable due to COVID-19 measures in Australia.

The most likely date is 8th February, meaning the tournament will conclude on the 21st of the same month.

Strict restrictions will be implemented to ensure players don’t spread the virus. They will have to sit through a 14-day quarantine and will be regularly tested, although they will still be able to train as long they test negative. There will also be limitations on how long they can be outside of their hotel rooms and where they can go.

The Australian Open is played on acrylic hard courts prepared by Greenset Worldwide. Hard courts are typically considered the middle ground between clay courts and grass courts, faster than clay but slower than grass. The flat, uniform surface makes it easier to predict the bounce of the ball than on the other two courts. These differences mean that volley and serve players do not gain the edge that they would on grass courts, which is an important fact to keep in mind while eyeing your bets.

As always, when betting on tennis, you should be on the lookout for value. Is a player being priced too high or too low? Take advantage! Look through the variety of bets on offer for each match; the opportunity is there waiting for you to seize it.

Know how much each player has played

Many punters fail to consider is how much total time on the court affects the performance of a player. So often we see a player scrape through multiple 4 or 5 set matches in the first week of the tournament, only to drop off in the second week against players in better condition. While you’re looking at stats like head to head record and form, be sure add total time on the court to your arsenal.

Predict the winner of the Australian Open through the outright winner market. This is available before and during the tournament, though keep in mind that odds will fluctuate more quickly and sharply as the tournament goes on. As more players are knocked out, the favourites become more apparent. Big events – such as for example, number 1 favourite Novak Djokovic being knocked out – will lead to a substantial drop in odds for other players. The key is to spot value and jump in at the right moment.

On a more day-to-day basis, match betting is the market most used. This is a simple prediction about who will win the match and is also available pre-match and in-play. During the first week, you’re unlikely to find value backing the top players, since they’re heavy favourites. However, there’s still a lot of opportunity to take advantage of between similarly matched players. In the second week, many big hitters face each other, and matches become harder to call on paper, which is a plus in terms of the odds.

Set betting is a wager on how many sets will take place during a match. A minimum of 3 sets is required since the first player to 3 sets is declared the winner of the match. The maximum possible amount of sets is therefore 5 sets, resulting in a 3-2 win to the victorious player.

There are a number of ways to bet on sets. You could wager on which player will win a specific set, such as the Rafa Nadal to win the first set.

You could bet on match result and total sets, such as Roger Federer to win in straight sets (3-0) or to win while simultaneously dropping a set (3-1 or 3-2).  This is a common strategy used to boost the odds of a favourite.

It’s also possible to bet on the number of sets without picking a winner, too, such as 5 sets to take place in a match between Novak Djokovic and Dominic Thiem. Similarly, you can wager on over or under 3 sets to take place in that match, or both players to win a set. As you can see, there are loads of possibilities within this market.

An alternative to set betting is betting on games. The most common way to do this is by wagering on over/under the total amount of games. In theory, the closer the quality between two players, the more games we should witness. By the same token, if there’s a gulf in quality, the under option is usually the way to go.

The Australian Open operates in the traditional Grand Slam structure, involving seeding and qualification. A qualifying tournament takes place before the tournament starts to determine which players advance to the main tournament. A total of 128 players participate in the singles tournament, and 65 pairs compete in the double’s tournament.

After the qualifiers, the first round of matches begin. These are standard knockout rounds with losing players eliminated from the tournament. The second week of the tournament is when we witness the quarter finals and semi finals, before the finals bring the tournament to a close. The women’s doubles final is scheduled for Friday, the female’s single final on Saturday, and both the men’s singles and doubles competitions on Sunday.

All matches take place on a hard court, with the final taking place at the Rod Laver Arena, which has a capacity of about 15,000 people.

History of the Australian Open

Formerly known as the Australian Championships, the history of the Australian Open dates to 1905, when the first male-contested tournament was held at the Warehouseman’s Cricket Ground in Melbourne. The female’s tournament duly followed 17 years later in 1922, and both competitions took place on grass courts until 1988. Since then, three different types of hardcourt surfaces have been used.

Prior to 1972, the Australian Open moved around a range of different cities – five in Australia and two in New Zealand. It was routinely organised in Melbourne, but Sydney, Adelaide, Brisbane, Perth, Christchurch and Hasting all took turns hosting the iconic event. Eventually it was decided that the AO would have a permanent home, and Melbourne was selected since it received the biggest support over the years. It is now held at Melbourne Park, with its central court named “the Rod Laver Arena” after Australian tennis player Rod Laver, widely recognised as one of the greatest of all time.

Novak Djokovic has won 8 Australian Open titles, the most in its history. That’s even more astonishing when you consider he’s still 33 years old and ranked number 1.  Djokovic is followed by legendary Australian player Roy Emerson, who held the trophy on 6 different occasions between 1961 and 1967. He is joined by the evergreen Roger Federer, who won his 6th and most recent Australian Open in 2018 at 36 years of age.

Men’s Singles Winners with the Most Titles

Margaret Smith Court won the Australian Open a record 11 times during a dominant period between 1960 and 1973.  She is followed by Serena Williams at 7, and Nancye Wynne Bolton, who has 6.

Women’s Singles Winners with the Most Titles

The same trend continues with the Women’s scheme of things. The Australians have won the most titles, followed by the Americans. In the Open Era, no country has won more Women’s Singles Titles than the United States of America (17).

An official date hasn’t been announced as of yet, however the most likely date is the 8th of February. If that’s the case, the tournament will run on until the 21st of February.

🏆 Which betting sites are best for Australian Open betting?

Being such a popular event, virtually every bookie will offer betting markets on the Australian Open. However, we think you’ll get the best experience betting through William Hill, bet365 and coral.

📺 Where can I watch the Australian Open?

🎾 What Court Type is the Australian Open Contested On?

The Australian Open takes place on a hard court.

⚖️ Who are the most successful Australian Open tennis players in history?

The Australian Open is one of the most fascinating tournaments in sporting history. It marks the start of the Grand Slam Year and is set in the boiling heat of the Australian Summer. Each gruelling encounter tests contenders to the limit, and only the best prevail. History has welcomed several esteemed winners, and gracious losers. The Australian Open preaches equality of pay, as both Men and Women are paid the same winning prize money. That being said, sit back, and enjoy a fortnight of scintillating tennis, history in the making, and sporting delight. 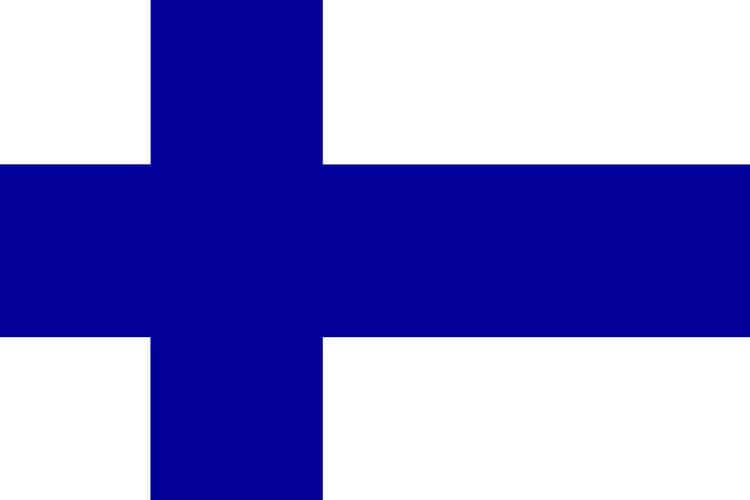 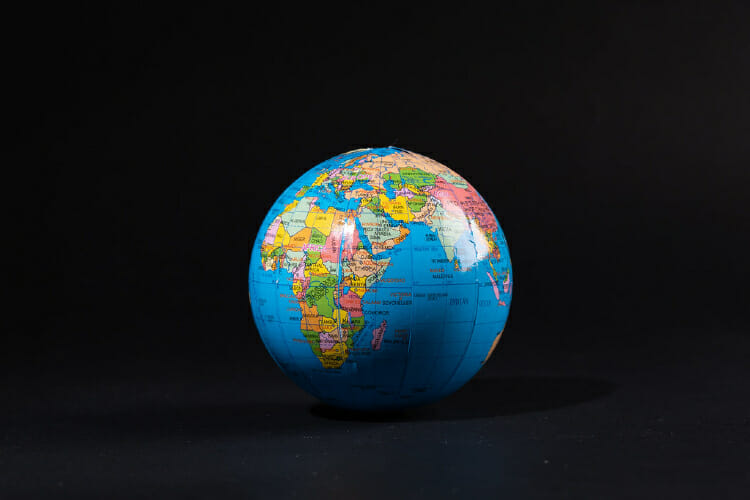 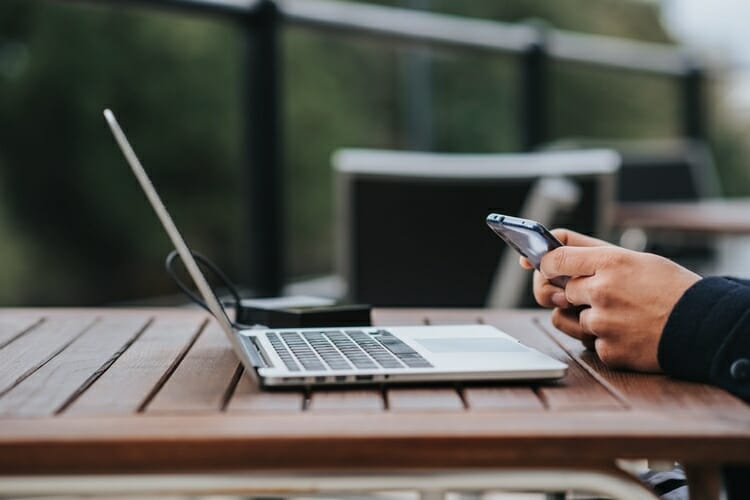