If you like our options here, check out the top betting sites for Non Runner No Bet for the 2022 Grand National, offering compelling wagering odds and promotions for the event.

Below is a summarised list of the best betting sites who offer the Virtual Grand National. Follow the links to read our reviews of the following bookies:

What Is the Virtual Grand National?

The VGN uses the latest CGI technology for a computer simulation of the real-life race at Aintree, replicating it with winners and even fallers!

The dedication to the world’s most famous horse race has ensured that all the elements of the meet are captured perfectly, offering almost the complete package of the real-world race in a virtual environment. It is no surprise that horse racing and the growing market of virtual sports have combined to great success, and we're looking forward to the latest iteration of the virtual Grand National. 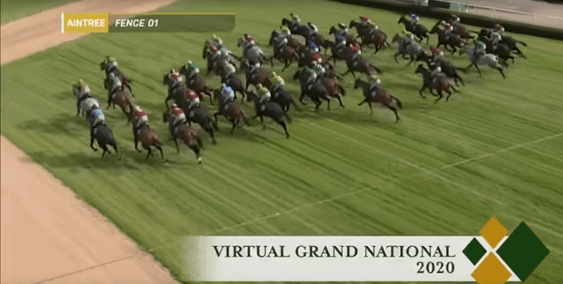 The team behind this virtual race is ‘Inspired', who are game and content developers for the betting industry, including other virtual sports and casino-related games. They take into consideration many factors in order to make the experience and end result as realistic as possible: weather, previous races, riders and trainers’ records, and much more.

The results have also been confirmed by Steve Rogers, CCO for Virtual Sports at Inspired: “In 2017, Cause Of Causes won the VGN and came a close second in the real race hours later.

“The 2018 result was breathtaking as Tiger Roll won both in almost identical circumstances and the computer chose three of the top five finishers, including Tiger Roll, in 2019.” 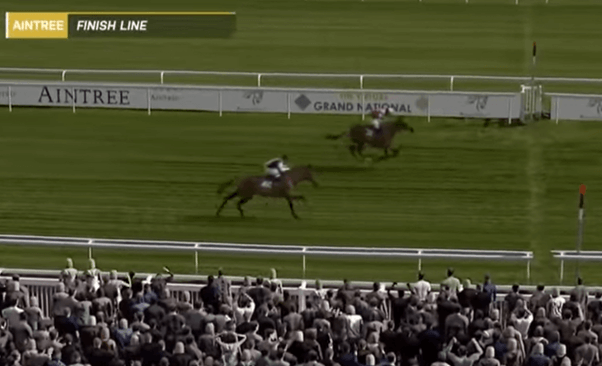 What Is the History of the Virtual Grand National?

The primary difference between the Virtual Grand National and the Grand National is obvious: one is a computer simulation and the other is a real-life event.

When it comes to the actual Grand National, anything can happen, from incredible feats of speed and athleticism from horses to dramatic falls that can end the fortunes of even the most talented of competitors. The roar of the crowd can also not be accounted for during a simulation, with up to 75,000 spectators cheering on their respective horse to get over the line in first place.

However, the betting odds for the main meet are a lot more diverse, featuring each-way Grand National betting, outright wagers, forecast, tricast and many other types of wager on the signature race of jumps racing.

When Is the 2022 Virtual Grand National Taking Place?

Following the success of the Virtual Grand National, Inspired have also created a computer simulation for the US's most famous horse race, The Kentucky Derby: Triple Crown Showdown. This is takes place between the 13 horses in history who have won the Triple Crown.

The VGN might not be the ‘real’ thing, but thanks to the technology behind it, it's as close as it gets.

This makes for an increased amount of fun when betting on the Grand National, as punters can try their luck twice on the day: once on the real race, and a second time on the virtual race.