Chess Betting Ultimate Guide – Everything You Need to Know

The game of chess has been around for centuries, and is today played as a global game by professional players who have in turn created a number of fantastic betting opportunities. Chess betting is not as commonplace as the major sporting events, but there is a small and dedicated community who love this tense and strategic contest. And, of course, putting a little money on the outcome will only enhance the nail-biting excitement even further.

Bookmakers running and accepting bets on chess games and tournaments are reasonably commonplace these days and, if anything, are likely to grow even further. As a sign of its growing authority, Unibet has signed World Chess Champion Magnus Carlsen to represent their chess offering.

When it comes to betting, games of chess can be every bit as tense and competitive as the final minutes of the FA Cup final or the eighteenth hole on the last day of The Masters, especially for those of us who love complex, strategic battles of the mind.

Chess cannot and does not offer a great deal of betting markets, so don’t head to your online bookmaker hoping to place a complicated wager because you are unlikely to find what you are looking for without at least requesting a bet. Don’t let that put you off however; betting on chess is still a great deal of fun, and a brilliant way of elevating your enjoyment levels of this magnificent mind sport.

The most common chess bets are ones where you wager on who will win a specific competition, which is known in betting circles as an outright winner bet. For an outright bet to pay out, the player you have bet on must win the tournament.

With a game of chess, there are 3 outcomes to a match: win, lose or draw. This means that you, the happy bettor, can bet on either player to win or the game to end in a draw. So long as your prediction comes true, then you will have made a profit.

Chess is played all around the world every day, and while not every event is open for betting, many do have odds – meaning we can place a bet on their outcomes, including some of the major chess events.

The Chess Olympiad, which is in no way affiliated with the Olympic Games, is a team chess event that invites teams from all over the world in early August to play over the several days’ worth of games. The aim is to accumulate points in an effort to determine a winner. In the Olympiad, there are teams of 4 for both men and women.

The famously tactical game of chess is tricky to play but, in some ways, not so tricky to bet on. There is such a thing as the ELO rating system, which is an excellent tool for making comparisons of different players alternative skill sets and where some can be favoured over others.

Also, be sure to know your history by checking historical results between players with the same ratings and reviewing traps set, plays made and attacking styles. Additionally, it is worth remembering that ties are highly probable as many of the players play at similar levels. In this way, the very same betting tips that apply to every other type of sport also apply to chess.

How to Play Chess 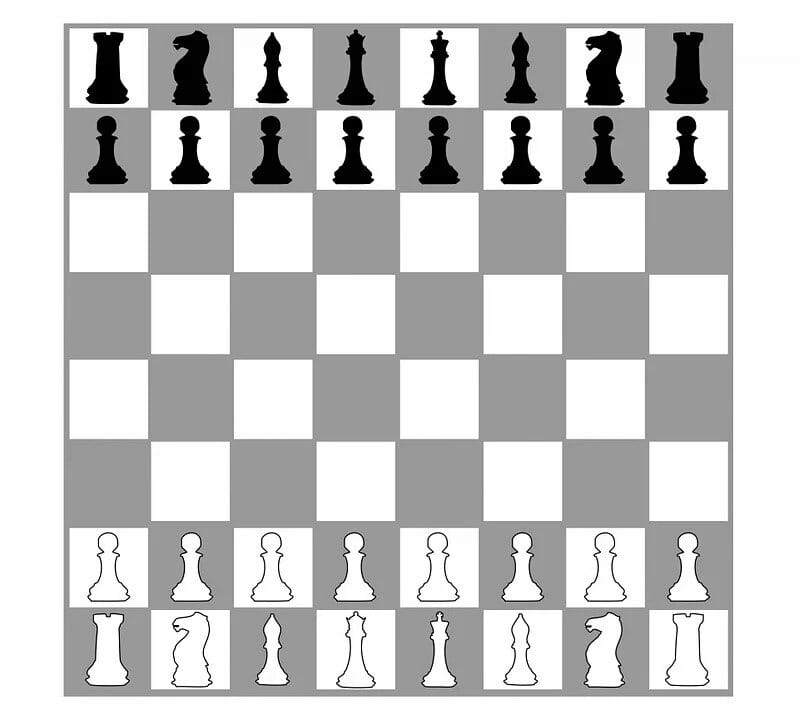 To put it as simply as possible, the aim of chess is to attack the opponent’s King and prevent him from moving any further across the board, thus ending the game. This is known as checkmate. The pieces, which are differentiated by 2 separate yet equal sets of black and white, are set up on the back two rows of the left and right edges of the board. Each piece has its own specific way of moving about the board and all of the pieces must initially be set up in the correct place before each game can start.

The Rooks, which look like a castle, occupy both corner squares next to the Knight, which looks like a horse. The Bishop is next followed by the King and Queen who sit on their own coloured spaces. In the row before this, the Pawns are placed and can move forward one space at a time, except for their first move where they can move 2 spaces. To begin, you have 8 Pawns, 2 Rooks, 2 Knights, 2 Bishops, 1 Queen and 1 King. When you land on an occupied square, you can claim the piece that is on it and remove it from your opponent’s arsenal. Oh – and white always moves first.

Although there are some that subscribe to the idea that the game of chess was played by the ancient Egyptians, we know that the official story is that chess dates back to the Gupta Empire of India (600CE). Even the figures we use to play chess take on military elements of that time, such as the elephants, cavalry chariots, infantry and of course, the monarchy.

As the game spread across the globe, largely enabled by global trade, new rules were added, mainly by the Europeans. In Italy and Spain, pawns were enabled with the ability to move two squares on their first move, bishops were allowed to attack over diagonals and queens were given the power to move anywhere.

During the 18th century, chess became popular in large cities such as London and Paris, where it was played publicly in parks or coffee shops. By 1851, the world’s first chess tournament, dubbed the Immortal Game, was held in London and won by German called Adolf Anderssen.

There are loads of events going off most weeks of the chess calendar but the most famous are the Grand Tour, the Olympiad and The World Championships.
To be clear, there isn’t a huge range of different bets for chess, although you could always request a bet if you have something in mind. Other than that, outright tourney winners and individual match outcomes are the mainstay of chess betting.
Sort of, yes. These bonuses might not be specific to chess, but any wagering bonuses you have credited to your account can, of course, be used for chess betting.
No, but even those that don’t might be persuaded to with a simple request a bet.
Of course – just make multiple outright selections and place them all as one accumulative bet.

There are plenty of naysayers who would have you believe that chess is a dull game, played by people with not much else to do. Nothing could be further from the truth. It’s true that chess may have, in the past, suffered from a less than cool and trendy image, but this is game for the mentally tough and exceptionally minded. With millions on the line, these players are pros and mean serious business, which makes it perfect for bettors.