The International (Dota 2) is an annual world esports tournament organised and produced by Valve, the developer of the Dota 2 video game around which the championship revolves. Here's all you need to know about the odds on offer for Dota 2 The International betting, along with betting tips and strategies, popular betting markets, The International’s format, the history of the tournament, and more!

The Dota Pro Circuit (DPC) is a series of tournaments that take place before the Dota 2 The International. The top 12 teams in the DPC ranking order receive direct invitations to compete in the International. In total, 18 teams take part, with the other 6 having won playoff brackets in the Commonwealth of Independent States, China, North America, South America, Europe, and Southeast Asia.

🥇 Lots of DOTA 2 Markets at Luckbox

See below for all the odds on offer for Dota 2 The International 2021, as well as betting tips, predictions, and popular betting markets.

If you want to punt successfully, then we recommend considering these essential esports betting tips: 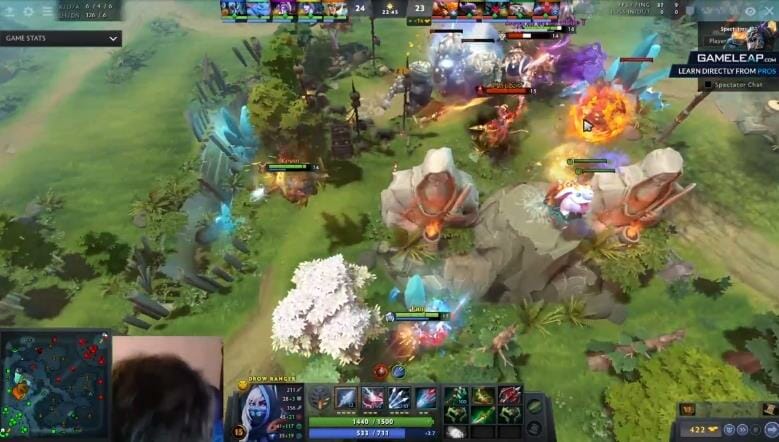 Do you prefer betting on football? Visit Kickform now to get the latest match stats, predictions, odds and tips on all the top European football leagues. It's free to use and uses a data-driven football formula to increase accuracy and reliability!

The International 2020 was scheduled to take place from 18 to 23 August 2020, at the Ericsson Globe in Stockholm, Sweden. However, the tournament was postponed due to the pandemic.

We'll be updating this page with the dates for the 2021 edition once they're made available, so check back soon!

Below are a few of the most popular betting markets for this tournament:

Predict the winner of The International.

Predict the winner of a The International match.

Predict the winner of a Map for a match.

Determine the team that will kill their opponent's Hero first (to draw first blood) during an ongoing Map.

Determine whether the total number of Maps that will be contested in a Dota 2 The International match (by both teams) will be Over/Under a certain number as specified by a betting site.

There have been many winners over the years, including Invictus Gaming, Evil Geniuses, Team Liquid, and OG, with Natus Vincere having won the inaugural tournament in 2011. OG is the most successful team in the history of The International, with 2 titles to its name (2018 and 2019).

The tournament’s winner receives the Aegis of Champions trophy.

Dota 2 The International – Past Winners

The International 2019 came with a record prize pool of $34.3 million, the highest ever for an esports tournament. The prize pool for The International consists of a base of $1.6 million, contributed by Valve, the tournament’s administrator, and 25% of the revenue generated from Dota 2 Battle Pass (Compendium) sales.

The International 2019 came with a peak concurrent viewership of nearly 2 million during the final, where OG and Team Liquid faced off against each other. The average tournament viewership stood at a whopping 727,027, while over 88 million hours of content were consumed overall.

52% of viewers streamed the tournament via Twitch, while 21% preferred StreamTV. The remaining 27% preferred YouTube, DotaTV, and other streaming mediums.

The dates haven't been released yet, but we'll be updating this page as soon as they're made available!
18 teams compete in the tournament.
The tournament is contested at a different location each year.
You can live stream The International matches on streaming platforms like Twitch, StreamTV, and YouTube.
bet365, Luckbox, and Unibet are among the best sites for betting on The International.

Dota 2 The International is one of the most popular esports events in the world, so betting in it can be a lot of fun. Each year, the prize pool outweighs the previous one – The International 2019 offered an amount of 34.3 million to the winning team, which was higher than the already impressive prize of $25.5 million in 2018. The only exception to this was the 2012 tournament, which came with the same prize pool of $1.6 million as the inaugural tournament.

Dota 2 itself is already a massive hit – the esport is the most lucrative in the world, and ranks among the most followed in the industry. Given the game’s stature, and The International’s growing popularity, we expect the tournament to resonate with an even larger fan base in years to come.

Interested in other Dota 2 tournaments? Then check out our betting guide to the Dota 2 ONE Singapore Major! If you're new to all this, then our beginner's esports betting guide is the thing for you!