The World Cup is the biggest soccer tournament on the globe, and every international team strives to compete in the prestigious competition. Like all football wagering markets, it’s one you should not miss, so we’re here to guide you through the best spots to find your World Cup qualifiers betting odds and provide our top tips.

We’ve assessed what’s out there and have come to the conclusion that these 5 bookmakers are indeed the top 5 World Cup qualifiers betting sites this year.

Now that we’ve filled you in on the top bookmakers, we’ll dive into how the qualifying teams are selected, and when the qualifiers and playoffs take place.

We’ll then take you through the World Cup qualifiers betting markets and strategies, answer some FAQs, and finish off with our final say on betting on the qualifiers this year.

World Cup qualifiers are broken down into regions across the world, where governing bodies are given a select amount of spots for teams to earn their place in the competition.

The teams compete over 10 rounds of fixtures to earn an automatic place in the World Cup or to advance to the playoffs, where they face further fixtures to battle for a spot in the ultimate tournament. France, Italy, England, Germany, the Netherlands and Belgium are teams that routinely qualify for the tournament.

This is the governing body of African football. There are 54 teams in the confederation that compete in three stages of qualifying. The first involves whittling down the nations to ensure that only 40 sides compete in the group stage, featuring 10 groups of four teams.

The top two from those sides from those groups advance to the final stage in a straight eliminator for a spot in the World Cup. Nigeria, Ivory Coast, Senegal, South Africa, Tunisia, Algeria and Egypt are recent examples of teams that have qualified from the region.

AFC is the governing body of Asian football, which covers a massive stretch of the world. At the start of the qualifying process, 46 teams have the chance to compete in the World Cup before only 12 remain for the group stage.

Once separated into two groups of six, the top two teams earn a spot in the World Cup, while the two third teams play out an eliminator before facing other regions in the world. Japan, Iran, South Korea and Australia are some of the leading nations from the region, with the Aussies recently shifting from the OFC to compete within the Asian confederation.

This organisation represents teams from North and Central America, along with the Caribbean. The confederation features 35 teams. The top five sides from the region are automatically seeded in a group before being joined by teams that have waded their way through eliminators in the first round.

The top three sides in the group advance to the World Cup before a fourth goes into another eliminator against another outfit from a different confederation. Mexico, the United States, Canada, Costa Rica, Jamaica and Trinidad and Tobago are some of the teams that have featured in the competition.

This is the governing body of South American football. Only 10 nations compete in qualifiers in this region, and occurs via one large group. The top four outfits advance to the World Cup before the fifth side enters the inter-confederation playoffs. Brazil, Argentina, Uruguay, Colombia, Peru and Ecuador are some of the leading nations.

One of the smallest confederations in terms of size and prestige – with only one spot available for qualification and takes teams only as far as the inter-confederation playoffs, OFC is the governing body of Oceanic Football. New Zealand are perhaps the most well-known side that have competed at the World Cup in recent times.

Only 32 teams will qualify for the 2022 World Cup. We will now break down the process for World Cup qualifying for each confederation.

UEFA is catered for 13 teams to advance to the World Cup. The teams are separated into 10 groups and the winners of those 10 groups earn an automatic spot in the World Cup.

There is still a chance for the runners-up as they are pitted into the playoffs along with the best two UEFA Nations League winners that have not qualified. The teams are separated into three four-team brackets, with the three winners of the bracket earning a spot in the World Cup.

CAF is afforded five spots for the World Cup. Qualifying begins with teams ranked from 27-54 in the confederation facing off in a straight eliminator, with the 14 winners advancing to the second stage. The leading 26 teams join the fray in 10 groups of four. The winners of those groups advance to a knockout competition, with the five winners earning a spot in the World Cup.

AFC is only afforded five slots for World Cup qualifiers, and only four of those are guaranteed. The 46 sides compete in knockout matches over the first two rounds before two groups of six are formed. The two top sides earn a spot in the World Cup before the two third-place teams face off in an eliminator contest to determine which side advances to the inter-confederation playoffs.

CONCACAF has three slots available for guaranteed World Cup qualification, and one available through the inter-confederation playoffs. The top five sides in the region are guaranteed a spot in the group stage, with the rest having to battle to qualify for the second round. The top three sides in the group qualify for the World Cup before the final outfit must advance through the playoffs.

CONMEBOL has World Cup slots for four of the 10 sides in the region, and potentially a fifth through the inter-confederation playoffs. It is a simple process as the top four sides advance automatically into the World Cup after a series of group matches. The fifth faces off against a team from another region for their spot in the tournament.

OFC is not guaranteed a spot in the World Cup. The 11 teams in the region are split into two groups and battle it out to finish in the top two. The winners advance to a regional semi-final and then a final before the victor is granted entry into the inter-confederation playoffs.

UEFA have their own playoff system to determine the final three places at the World Cup. The runners-up from the 10 groups are pitted against each other in the UEFA World Cup qualifiers playoffs, along with the winners of two UEFA Nations League that have not qualified. They are deployed in three four-team brackets with two semi-finals and a final. The winners of the three respective finals advance to the World Cup.

The final two spots for the World Cup are decided through the inter-confederation playoffs. It features one team from the AFC, COMNEBOL, CONCACAF and OFC confederations. The four teams are drawn into an eliminator against one opponent over a tie home and away. The winner of the tie advances through to the World Cup.

When wagering on World Cup qualifiers you will have access to a great number of betting markets, providing by the best betting sites in the industry.

This World Cup qualifiers betting market focuses on the teams that you believe will win their qualifying group and is applicable over all relevant confederations.

Some confederations do not have qualifying groups, but the alternative market is available for a team to top their table. Value can be found using this wager across markets as qualifying can throw up interesting outcomes. Teams are not infallible – Italy and the Netherlands notably failed to reach the 2018 World Cup.

On this market, you back the team to qualify for the World Cup. Value can be hard to find for the leading outfits in the world, who qualify routinely for the competition. However, if you perform thorough research, you may be able to find the diamond in the rough that advances from long odds.

This market is usually split into the different confederations, although there will be betting sites that carry the market over the entire qualifying sections.

You can find value if you know your obscure players. Outsiders in Africa and Asia could be dark horses to lead the way, although there will be the obvious choices of Cristiano Ronaldo, Lionel Messi, Harry Kane and Kylian Mbappe.

During World Cup qualifying, there are slates of matches that take place over a short period of time. You will have access to all your traditional bets on those games, such as result, over/under, goalscorer, cards, corners and correct score markets.

Bet builders are now one of the most common bets placed on football matches, and you will find them during World Cup qualifiers. The best betting operators will allow you to stack up markets on an individual game into one accumulator wager – using result, over/under, goalscorer, cards, corners and correct score markets. It increases the value of a bet on one game, providing greater intrigue.

Live betting is a staple of a quality bookmaker, and there should be ample markets for in-play wagering available on World Cup qualifiers across the world. All markets should be available for result, over/under, cards, and goalscorers, among others. The top bookies in the industry will cater for their live bettors with price boosts that are offered at different points during matches.

There are great opportunities for accumulator betting during World Cup qualifying rounds. There are a lot of matches played over a short period of time, with multiple options in a day or spread over the entire round itself across different time zones. It allows you to combine your result and over/under markets into one bet – either doubles, triples or multiples to gain value.

32 teams from around the world will qualify for the 2022 World Cup.

❗ How many confederations send teams to the World Cup?

There are six confederations that send sides to compete in the World Cup.

⭕ Which confederation sends the most teams to the World Cup?

UEFA are afforded the most World Cup places, with 13 spots available for European teams.

❌ What are the inter-confederation playoffs?

The inter-confederation playoffs are eliminator matches played between nations from two different regions for the final two spots in the World Cup.

✅ What are the best World Cup qualifiers betting sites?

We believe that bet365 is the best provider on the market, although Ladbrokes, Coral and Paddy Power all offer strong products with their own unique benefits.

Most notably, there are intriguing options for match and outright wagering across the world’s best, to see which 32 teams will qualify. Currently, there are some eye-catching odds available on some of the most reputable betting sites in the industry. 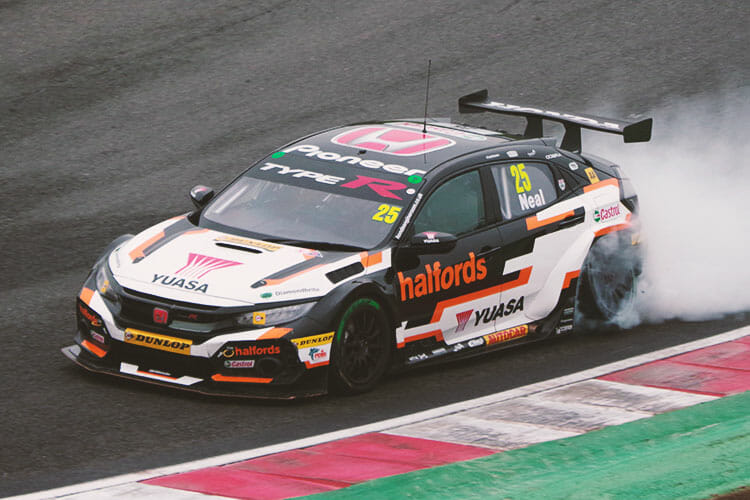 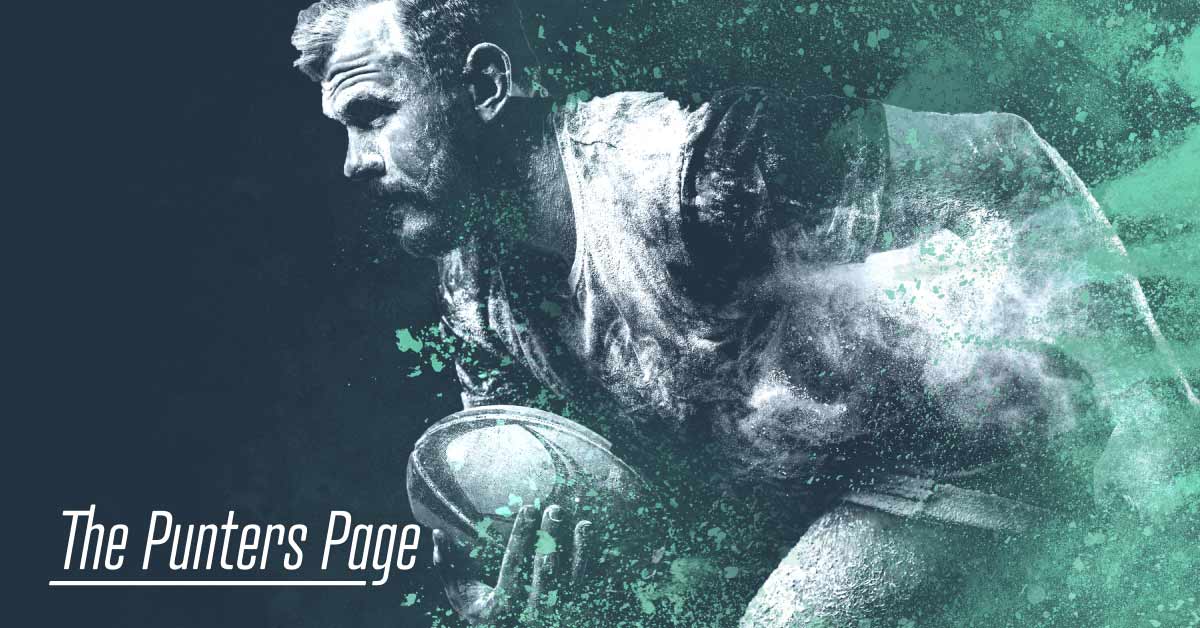