Call of Duty Betting Guide – Everything You Need to Know

Call of Duty (COD) is a first-person shooter video gaming franchise published and developed by Activision. Read on to learn about the esport, the most popular Call of Duty betting variants, betting tips and predictions, the most sought-after tournaments and much more!

Call of Duty – About the Game

Call of Duty (COD) is among the most popular first-person shooter video gaming franchises. The first instalment of the video gaming franchise was released in 2003. Initial Call of Duty releases were based on the World War II, with subsequent releases set in the middle of the Cold War, modern times, outer space, and futuristic worlds. At the time of writing, a total of 16 instalments have been released, excluding add-ons and downloadable content (DLC).

Call of Duty: Modern Warfare was the best-selling video game in 2019 in the United States, having racked up over $1 billion in revenue to date.

Other notable products in the franchise include a card game created by Upper Deck Company, a line of COD action figures designed by Plan B Toys, Mega Bloks sets by Mega Brands and a comic book series published by WildStorm Productions.

A Call of Duty match is played by two teams made up of five members each, and is contested on a best-of-five Map basis. Each match is played in a variety of game modes, including Hardpoint, Search and Destroy and Domination. 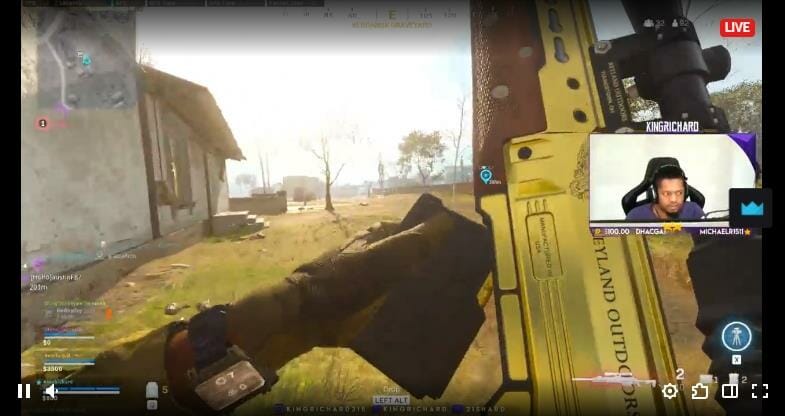 Here are a few of the most popular game modes in Call of Duty:

Hardpoint – Teams earn points for controlling an area of the Map called the Hardpoint. The first team to win 250 points wins the Map.

Search and Destroy – The team to win six rounds first wins the Map, with each player having just one life per round. One team must plant and detonate a bomb, while the other must prevent the same from happening. Alternatively, you can win a round by killing all five of your opponents.

Domination – A team must maintain control of one or more control points which appear on the Map, winning points accordingly. The team with the most points at the end wins.

Below is a list of the most popular call of duty betting tournaments coming up this year.

Each competing team must have between 7-10 players. On the 9th of March, 2020, Activision Blizzard announced that Twitter is the source for CDL community engagement and tournament highlights, so head over there if you want to stay updated with what's going on or if you'd like to take part in online discussions. As for live streaming League matches, you can do so on the league’s official YouTube channel.

The Call of Duty World League Championship is a tournament which is held at the end of a COD season, and is held to determine the world champion of a calendar year. It was established in 2013, and consists of 32 competing teams and offers a prize pool of $2,000,000.

Team EnVyUs is the most successful team in the tournament's history, having won one title and finished as the runner-up on three occasions.

The Call of Duty: Mobile World Championship, in partnership with Sony Mobile, involves characters from Call of Duty: Black Ops, and Call of Duty: Modern Warfare. The tournament comes with a prize pool of $1,000,000, which includes cash and in-game cosmetics.

You should shop around for the best odds on offer for a Call of Duty match at several of the top esports betting sites. A preferred betting site may not be offering the same quality of odds when compared to another, and you are likely to gain a higher profit by punting on the latter, rather than the former.

Going through the betting odds at several betting sites will enable you to determine the teams that a bookmaker favours. Apart from the quality of odds on offer, there are several other factors that you should take into consideration when choosing a bookie to bet with. You should analyse team form guides, official rankings, past tournament results, head-to-head results, the latest news, and match information, among other statistical insights. Do not rely on rankings alone – a lower-ranked team could perform exceedingly well against a higher-ranked team. You should judge a team purely based on merit.

You should watch the teams that you would like to punt on play a few matches on a professional scale. This will help you understand how a team goes about a COD match, the strategies that it employs, its weaknesses and its strengths. This will also enable you to figure out how a team may fare when pitted against a team which plays similar or different tactics.

To better understand the intricacies of COD, you should also play the actual game yourself. It should be noted that Call of Duty tournaments are played using different instalments within the series, such as Call of Duty: Modern Warfare, which also happens to be the newest game in the franchise.

Pay close attention to the Search and Destroy game setting. Here, you should determine whether a team will go all out and kill its opposing players to win the Map, or stick to the Map rules and either plant and detonate or diffuse a bomb.

We also recommend that you live stream COD matches at all times; this will help you place effective in-play bets and ride the momentum of a game as it happens. Try to devise a reliable esports betting strategy beforehand and stick to it as much as possible.

If you are new to esports betting, check out our handy beginner’s guide.

Mentioned below are a few of the most popular Call of Duty betting markets which you can enjoy.

An “Outright Winner” bet simply requires you to determine the winner of a Call of Duty tournament.

A “To Win” bet is another straightforward market where you have to predict the winner of a Call of Duty tournament-based match.

A “Maps Total” bet requires you to predict the total number of Maps that will be played during professional COD match; this is a typical over/under betting selection with the actual numbers stated by the bookmaker.

A “Map Winner” bet requires you to predict the winner of a professional COD match-based Map. This different from a match winner bet mentioned above, as there can be several match winners in per match.

Most Successful Call of Duty Players of All Time

According to our research, bet365, Luckbox and Unibet are among the best bookmakers for COD betting.
The most popular Call of Duty betting variants include To Win, Maps Handicap, Maps Total and Map Winner.
These include Call of Duty League, Call of Duty World League Championship and Call of Duty: Mobile World Championship.
The best Call of Duty player of all time is Ian “Crimsix” Porter.

Being an extremely popular video gaming franchise, it is quite surprising that the Call of Duty betting scene is not as lively as that of League of Legends, Counter Strike: Global Offensive, and Dota 2. Nevertheless, with the advent of the Call of Duty League and the hype that has surrounded the Call of Duty World League Championship over the years, we hope that more COD tournaments will continue to grow in popularity in the future.