The Call of Duty League (CDL) is organised by Activision Blizzard, and consists of 12 competing teams. Here is all you need to know about Call of Duty League betting, tips and strategies, popular betting markets, the league's format and history – and much more!

What Is Call of Duty League Betting?

The answer to this question is threefold.

First, we must ask: what is esports betting?

Esports involves any professional sporting competition featuring video games, with leagues, legions of fans and multi-mullion dollar tournaments. If you have memories of playing multiplayer games against your friends, imagine that on a grand scale featuring the best players in the world. Any multiplayer video game played professionally in competition can be an esport, with titles as diverse as FIFA and League of Legends making up just a couple of examples. It is arguably the most versatile kind of sport out there.

The next question to be answered is: what is Call of Duty?

Often abbreviated to “CoD” online, Call of Duty is one of the most popular first-person shooter franchises of all time, with a broad following and a now huge library of titles beneath its illustrious brand. Call of Duty has been enjoyed in everything from science fiction settings to the likes of “Call of Duty: Black Ops Cold War” league play, with plenty in-between. Most importantly, it is now a massively popular multiplayer game.

This is where the two answers to those questions come together. Because of its popularity in multiplayer mode, and due to the competitiveness and skill required to play at an elite level, Call of Duty makes an ideal esport.

Put simply, Call of Duty betting is betting on COD as a professionally played esport.

But what about the league itself?

Call of Duty World League betting is not just about betting on COD as an esport, but betting on the Call of Duty ’s biggest sports event, featuring the best teams from around the world all aiming to prove that they are the best at their chosen gaming discipline.

Find out more about this year’s season below.

The main Call of Duty League 2022 season kicks off in February 2022 at the Esports Stadium Arlington and will continue for several months, representing the likes of Texas, Minnesota, Toronto and many more.

However, at the time of writing, we can’t publish any Call of Duty League 2022 playoff and championship dates as they have not yet been scheduled.

What we can confirm, though, is that this looks to be a truly epic third COD season with 12 teams taking part, including the brand-new Boston Breach squad injecting new blood into the game. It’s still a relatively new event, one which looks to capitalise on the success of its previous iterations through tournament expansion and broader coverage. Right now, Call of Duty league play this season looks likely to achieve those aims.

With that in mind, we thought we’d take this opportunity to break down the key things you may find handy to know when getting involved with the Call of Duty World League.

For the sake of simplicity, we’ve chosen the ever-excellent bet365 as the operator for our odds examples. You can nonetheless get excellent, competitive odds elsewhere, such as on the other sites also recommended by us in the above table on the Call of Duty League betting article.

Predictions are what we think is going to happen specifically in certain markets. Esport betting tips are more general advice to make the most out of your bets regardless of any final betting decisions. With that in mind, and before you place a bet on any Call of Duty League match, below are several factors we recommend taking into consideration:

Here’s a couple of our early predictions for the Call of Duty League 2022. Do keep in mind these are just examples of our personal opinions to help your prediction gears spinning.

Although not every date has been announced, we do have a pretty good idea of most of the key events. If you’re following and taking part in Call of Duty League betting, especially live, here are the days you’ll need to keep in mind: 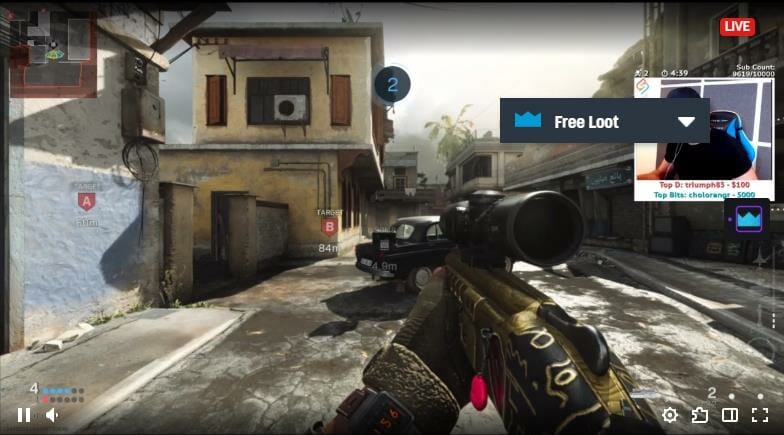 There are a few key tournament structure changes for the Call of Duty League 2022 to previous years, but the format remains simple to follow despite many months of events. First off, let’s cover the basics.

The games are played throughout this season between a LAN/online model, meaning the teams don’t always have to be in the same place for the competition to go ahead.

Call of Duty: Vanguard will be the game for this season, whereas in the previous year Call of Duty:Black Ops Cold War was played. The differences between the likes of Call of Duty Cold War League play and other titles should factor into your Call of Duty World League betting strategy.

For regular play, three game modes will be utilised: Hardpoint, Search, and Destroy and Control. This is different from previous season’s and may have a large impact on the end results.

Each mode has a different winning objective. For example, Hardpoint has a series of rotating objectives, while Control mode is won by capturing and controlling two game zones. Search and Destroy may be the most popular mode, and is based on the attacking and defence of bomb sites.

In terms of the majors themselves, there are 12 Call of Duty League teams, all of which will play four season majors. They each last four weeks, with the first three of these weeks featuring qualifying matches against randomly drawn teams.

After this qualifying period, the top eight teams based on those results will compete in the winner’s bracket. The bottom four teams will go into the loser’s bracket, with the winner of each bracket facing in a final to determine the winner of that major.

The following are a few of the most popular Call of Duty League betting markets:

To Reach the Final

Alongside betting on an overall winner, you can also bet on which two Call of Duty League teams will make the final.

You can also bet on the winner of each major played in the season.

Here, you need to try and predict the winner of a Call of Duty League match.

Predict the total number of Maps that will be contested in due course of a CDL match, over or under a number set by a bookmaker.

Predict the winner of a Call of Duty League match Map, as set by a betting site.

Alternative Esports You Can Bet On Today

One of the great things about esports is how versatile they are. The difference between a game like Call of Duty compared to something like StarCraft or Street Fighter, for instance, is arguably vaster than the differences between most traditional sports.

Other great news is that the best esports betting sites provide a huge variety of markets to choose from, alongside Call of Duty League play. To give you an example of the kinds of alternatives you may find on these sites (as well as on many of our picks for the best Call of Duty World League operators), we’ve selected a trio of great esports to introduce beginners to what’s out there.

League of Legends
This multiplayer online battle arena game has been one of the biggest names in online gaming since its release way back in 2009. A strategic defence game with hundreds of champions available for players, it is considered one of the toughest and most competitive esports titles out there. Learn more about this industry legend with our League of Legends betting guide.
CS:GO
Much closer to Call of Duty League betting is Counter-Strike Global Offensive. Not only is this game another huge name in the world of competitive multiplayer first person shooters, but it is also a huge pillar of the online gaming scene, with television deals and million-dollar prizes. Anyone interested in this genre should check out our guide to the best CS:GO betting sites, complete with betting tips.
Dota 2

The three game modes used then were “Search and Destroy”, “Hardpoint” and “Domination”, with two of these modes remaining active in competition today. The 2020 season was split between spring and summer, and the all-star mid-season event also took place in their inaugural season. A multiyear esports content deal with Google was announced days before the season, with YouTube being the official platform for streaming and Twitter being the source of community engagement and highlights.

Changes were made in the 2021 season, such as the move to Call of Duty Cold War League play and the platform being moved to PC. That year also provided the tournament structure which is largely followed in the Call of Duty League 2022 iterations. They have only had a few seasons, meaning their history is short. However, we’ve already seen major tweaks to perfect the Call of Duty League, including new games, modes and teams, alongside greater global recognition.

Get Your COD League Betting Game on with 888Sport

Inaugurated in 2020, Call of Duty League play has enjoyed massive fanfare, with audiences numbering in the hundreds of thousands. Given the fact that the Call of Duty franchise is among the most popular in the world, it's no wonder that the CDL has brought so much excitement with it.

Furthermore, Call of Duty League betting lets you get right into all that excitement, whether you're experienced in esports betting or just getting started.

In fact, if you're totally new to this world, we can help you learn the basics. Simply check out our in-depth esports betting guide for beginners!