With a Winning Margin bet, you do not have to predict the exact score by which a football team will win, but only the specific team's margin of victory. Our betting guide will fill you in on all the best bookmakers for placing such a bet, the different variations, the sports involved (including football), and experts' tips on how to help predict a winning margin.

A winning margin bet is considered to be a type of single bet. Some look at it as the alternative to betting on a correct score since it allows for more possible winning outcomes. The definition of a winning margin bet is a wager placed on the exact difference in goals between the winning team and the losing team.

As mentioned above, winning margin bets in football need to be placed in favour of a particular team, with an exact score margin needed. The normal options available would be margins of 1, 2, 3 or 4+ .

Let's imagine the following scenario. Liverpool are playing at home against Leicester City in a Premier League match, and you decide to place a winning margin bet on Liverpool to win by 1. If the outcome of the match is 1-0, 2-1, 3-2 or 4-3, your bet will be successful. If the match ends in a draw, a Leicester win or a Liverpool win by a margin greater than 1, the bet is considered a loss.

We'll go with another example. Arsenal and playing Aston Villa at home, and you place a winning margin bet on Arsenal to win by 2 goals. You will need a 2-0, 3-1, 4-2, 5-3 score line for your bet to be successful. Anything other than a 2 goal margin win to Arsenal will result in you losing the bet.

Let's say Norwich are facing Chelsea at Stamford Bridge, and you fancy your chances on a Chelsea to win by 3 bet. You'll need the blues to win 3-0, 4-1 or 5-2 in order to win your bet. Any other score or outcome will mean you'll lose your bet.

Last but not least, a bet that will probably come with some high odds is the winning margin by 4. As in the other variations, let's imagine that Manchester City are playing Burnley at home. This fixture has already returned a 5-0 scoreline 4 times in the past few years. Another repeat of that scoreline would give you a win, but a win for Manchester City by less than 4 goals would return a loss for you or any other punter who went with that bet.

You can also predict that neither team will score (0-0), which is known as the ‘No Goal’ option, or if the match is going to be a draw (1-1, 2-2, 3-3, and so on) which is known as the ‘Score Draw’ option. This bet type is generally decided over 90 minutes, without taking into consideration extra time or penalties.

In other sports, you may also find the option to bet on the winning margin in particular sections of the game, such as the quarters in basketball.

Betting on the points spread is an alternative to the winning margin bet, but is not tied down to a particular winning margin. Rather, it offers the punter the possibility to bet on a margin of 2 or more, for instance. This option is also available in various other sports apart from football. The odds here are normally lower than those of winning margin bets, since this bet allows more possibilities for you to win and ensures a good return on your investment.

For example, if you're betting on Real Madrid to win against Valencia by 1.5+ goals, the score can be 2-0, 5-1, 3-1, 4-0 and any other score that has a difference of more than 1.5 goals between Real Madrid and Valencia (as long as it's in Real Madrid's favour).

As always, when doing your research before placing a wager, we strongly suggest looking at some statistics related to the match you are thinking of betting on. Nowadays, there are plenty of football stats available online for free, covering various match details such as the score, the winning margin, the goalscorer or even the amount of corners.

When it comes to winning margin bets, we suggest looking at 3 main statistics:

With this data, you can analyse what happened in the previous matches between two teams and try to identify the stronger one. However, between one season and another, many possible changes within a team may occur, so it is important not to only look at this stat alone.

We also suggest looking into both teams’ performance in the current season. Here, you could investigate the average number of goals scored and conceded by the teams in question, as well as gather results against similar oppositions.

We suggest giving weight to the home and away form depending on where the fixture is going to be played. Again, there is never going to be a clear outcome; however, these stats will help give you an indication of the likelihood of a particular result and winning margin.

Apart from H2H records and season form, we recommend looking at the current form of a team. This means looking at the past 5 matches played by the team in question to see whether there have been any recent changes, which might result in a different type of trend than identified when looking at the season form.

The short-term form of a team can be influenced by a number of factors, such as injuries, a shock result, a player returning from injury or a player coming in on loan. These may have an immediate effect on the goal-scoring capabilities of a team, and hence affect the possible winning margin you are planning on betting on. Make sure to also be aware of possible squad rotation when drafting a probable first 11.

For instance, an injury to Richarlison or Dominic Calvert-Lewin is likely to affect Everton’s chances of scoring. Similarly, Bruno Fernandes coming back from injury will increase the likelihood of Manchester United dominating the play, scoring more and maybe conceding less, because they would allow the opposition less time on the ball. When evaluating injuries, try and determine how crucial a player is for a team, and who his natural replacement would be when determining the effects of his absence or return.

Pros and Cons of a Winning Margin Bet

While comparing this market to others and listing the below pros and cons, we wish to remind you that every betting market comes with a fair share of risks. Our aim here is to highlight the characteristics of the market which either attract or drive punters away from it.

In this betting technique, you play it safe by betting on a number of goals, and cover any number that resides above your predicted number. Let’s take a match between Chelsea and Aston Villa as an example, with Chelsea defeating Aston Villa with a score of 5-1.

For this particular match, if you bet on Chelsea to win by two or more goals, you will win the bet. This reduces your margin for error. Having said that, this betting strategy is much less profitable than a straight winning margin bet.

Can I Make Profits Off a Winning Margin Bet?

Lack of research could prove very costly. While you could still place winning bets based on nothing but pure luck and a simple hunch, this is not likely to be a winning formula in the long run.

Winning Margin in Other Sports

You can place a winning margin bet on teams participating in several other sports as well, such as the playoffs or the Super Bowl in American football. Here, you can bet on the margin of victory your favoured team will enjoy.

You can also place a winning margin bet in sports like cricket, baseball, ice hockey, and golf – among others.

Popular golf tournaments such as the Ryder Cup, US Masters and the PGA Championship are also great opportunities to place winning margin bets.

Let's take the Ryder Cup as an example. To place a winning margin bet in the Ryder Cup, you will need to predict whether the US or Europe will win and the margin of points by which that team will win, say, US to win by margin of 5 points. The options in this betting market normally consists of point ranges, such as a margin of 1-3 points, 4-6 points etc.

In basketball, winning margin bets work similarly as in football. When placing this type of bet on a match, you will need to determine the winner and the amount of points the team will win by – for instance, Orlando Magic to win by 7-9 points. Once again, the options within this betting market consist of point ranges such as 1-2 points, 3-6 points, 7-9 points, etc.

When it comes to placing winning margin bets in baseball, you will need to try and determine the amount of runs a particular team will win the match by. An example of this would be Cleveland to win by 2 runs.

In ice hockey, a winning margin bet is very similar to one in football. The final scores depend on the number of pucks which make it into the respective nets, so a winning margin bet will determine which team will win and by how many goals. In this case, the options are single numbers, such as Dallas Stars to Win by 2.

It is a bet placed on the number of goals the predicted winning team will score over and above its opponents.
Choose a match you want to bet on, research the history and current form of both teams, determine who you think will win and by how many goals, and place the winning margin bet accordingly.
A ‘score draw’ is one of the winning margin bet outcomes, which means the match will end in a draw as long as it is not 0-0.
We suggest looking at the Head-to-Head record, the season form and the current form, as mentioned in more detail above in this article.
Yes – these types of bets can be placed in cricket, basketball, ice hockey and baseball, among others.
This is an accumulation of several winning margin bets. An accumulator bet is treated as a single entity in which each individual bet must be won.

Placing a winning margin bet requires a considerable amount of time spent on scouting potential opportunities, studying trends through statistics, and picking the right matches to bet on. With the number of outcomes being higher than in other score-related markets, this market could be well worth taking a chance on.

While you may end up winning a few bets without performing your due diligence initially, this strategy will not guarantee future wins. Then again, nothing in the betting world is guaranteed.

You should also look through several bookmakers and choose a site that can provide you with the best odds. We recommend checking out our detailed article on betting terms & definitions for further guidance! 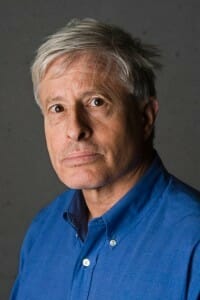