The Counter-Strike: Global Offensive ESL Pro League is one of the most popular and competitive online gaming tournaments in the world. Here, we break down all you need to know about CS:GO ESL Pro League betting, providing a thorough look at odds and strategies for your wagers along with other key details regarding the tournament. 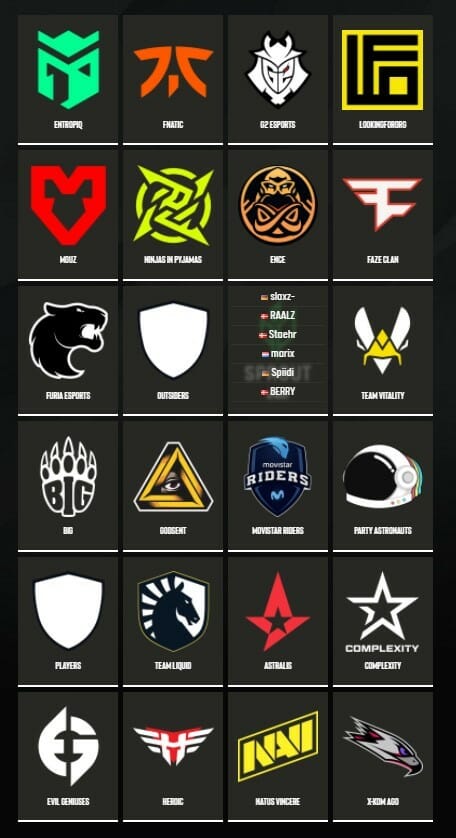 The CS:GO ESL Pro League consists of 24 competing teams. There are 14 Partner Teams that are a permanent part of the tournament; the other 10 sides in the competition are invited into the league based on their ESL World Ranking or if they have qualified through regional tournaments. As a result, there is blend of experience and inexperience among the ranks, making for compelling competition over the month of action.

The system changed after Season 12, compiling 24 teams into one major competition rather than separate tournaments based in North America and Europe. Season 15 of the CS:GO ESL Pro League was scheduled to be played in Malta, but was shifted to Germany.

Each of the 24 competing teams are divided into 4 groups of 6 teams each. Each team plays against the other once in a round-robin format, with all matches contested on a best-of-three basis. Group winners qualify for the quarter-finals, while the second and third-placed teams in each group proceed to play in the Round of 12, from which four teams join the four sides already through to the last eight.

The remaining eight sides in the competition are whittled down in the quarter-finals and the semi-finals before only two teams remain. Those two sides compete in the Grand Final, which differs from the rest of the tournament and is a best-of-five contest.

The top esports betting sites offer highly valuable odds for CS:GO ESL Pro League betting, whether you are placing an outright bet on the winner of the tournament or selecting a team to back in an individual match.

There is a variety of Counter-Strike betting markets available when betting on a single match, including the result of the contest, correct score and handicap options. Below are some of the latest odds that are available for group winners and the outright winner of the CS:GO ESL Pro League. 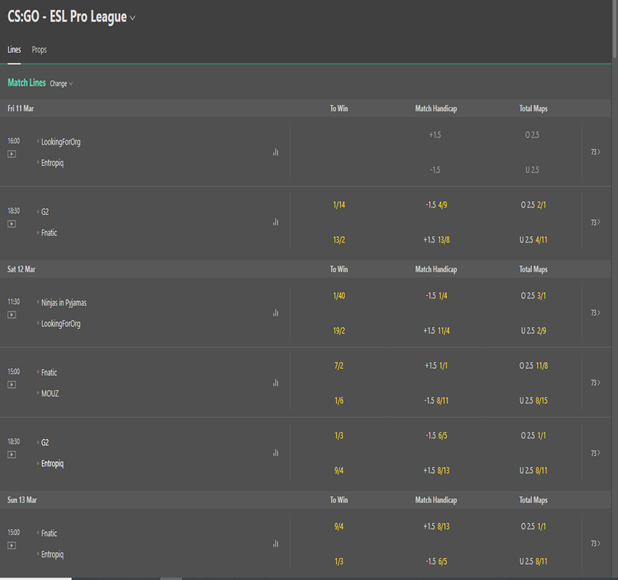 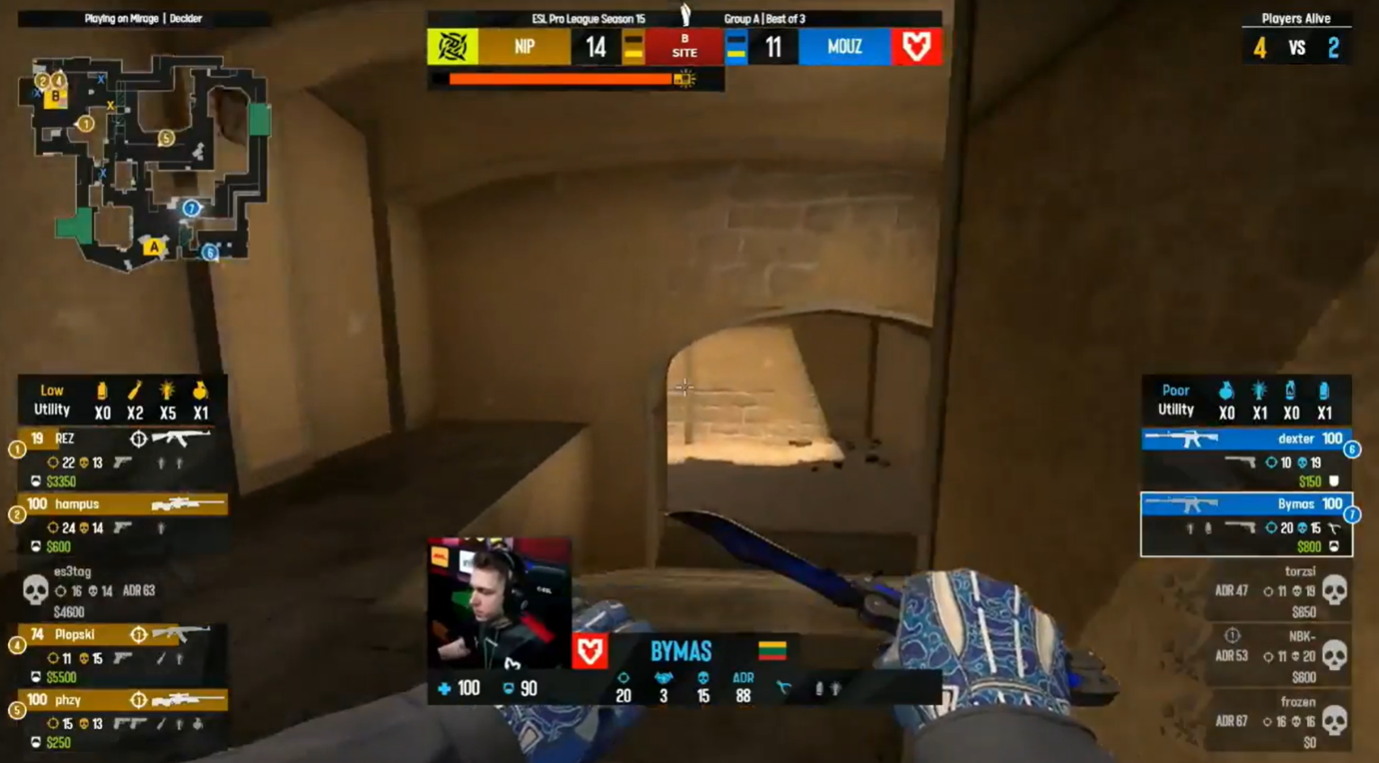 Outright Winner
This CS:GO ESL Pro League betting option is fairly straightforward, requiring you to predict the winner of the CS:GO ESL Pro League from the teams that are taking part. The best time to look at these odds will be before the start to the season, at which point you will have the largest prices available. As the action commences, the odds will move to reflect the results in the competition. You can also find value when the season is in mid-flow, especially if a strong team were to have a bad start to the competition or if the bookies are slow to react to the rise of an underdog. Ensure you look around all the leading betting sites before committing to a wager to find the best price.
Match Winner
Here, you need to predict the winner of a CS:GO ESL Pro League match to win your bet. Before using this market, you should look at the ranking and form of the two sides involved in the contest to judge which team to back. The odds will be reflected on the basis of their form and other variables. Incidents such as an absence of a key member of a team could change the value of these prices, so it is worth looking at the team news and statistics before lodging a bet on the Match Winner market.
Maps Handicap
This bet involves handing the stronger team a Maps-based disadvantage, while handing the weaker team a Maps-based advantage.

For you to win a placed bet on Natus Vincere, they must either win the match or lose by a single Map. Group and early knockout matches in the CS:GO ESL Pro League follow a best-of-three maps format, while the final is a best-of-five contest. This is worth bearing in mind before lodging your bet.

This bet requires you to predict the total number of rounds that will be contested in due course of a Map, Over/Under a number specified by a bookmaker.

Map Team to Win Both Pistol Rounds
The First Round of each Half of a Map is the Pistol Round. While this is not a guarantee, the Winner of a Pistol Round usually goes on to Win the first Three Rounds of a Map Half in question.

This bet requires you to predict whether either of two competing teams in a CS:GO ESL Pro League match will win the First Round of each Half of a Map.

The CS:GO ESL Pro League is the most popular CS:GO-based tournament in the world, unsurprisingly coming with great fanfare as it brings together teams from four regions.

When it comes to CS:GO ESL Pro League betting, you'd be wise to keep in mind all the betting tips and strategies we've outlined in this article. We recommend bet365 and Luckbox as the best betting sites for this event, as they offer a great variety of betting markets and options.

If you're new to all of this, our beginner's guide to esports betting could just be what you're looking for to get started!